Cosplay is about two things. First it’s about expressing the things you love. Those people who wear wizard hats while they do it should understand. It’s one thing to run around talking about how you love Assassin’s Creed and it’s another entirely to be like “whoo I’m an assassin!” 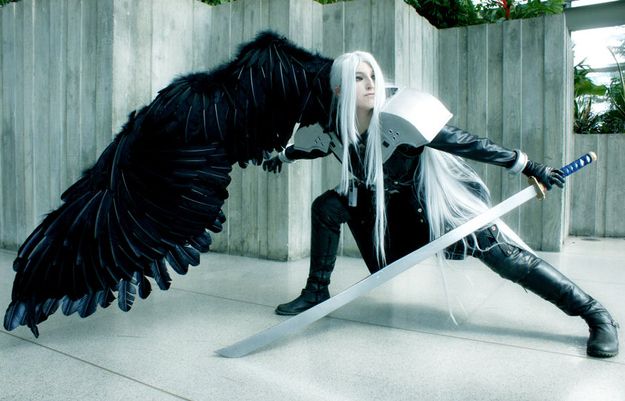 Or assassin’s girlfriend/future wife, as the case may be, but that’s because she was easier for me to pull off and I wanted to do a more complex costume. Let’s face it, a lot of us wish we could live in video games/tv shows/movies/comic books/animes, because it’s so interesting. And it’s nice to devote a part of yourself to something. Making cosplay takes a ton of time but that’s half the fun for me. It sort of consumes your life for a bit. 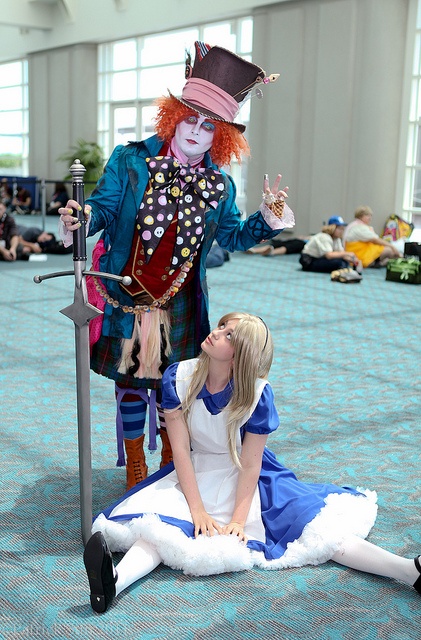 The second part is community. I’ve met a ton of amazing people who like the same thing I do because we saw each other across the room wearing shows that the other one liked. And, yes, having your picture taken is a lot of fun, but a lot more of the pictures that are taken are not wow you look hot/badass but that’s just awesome. 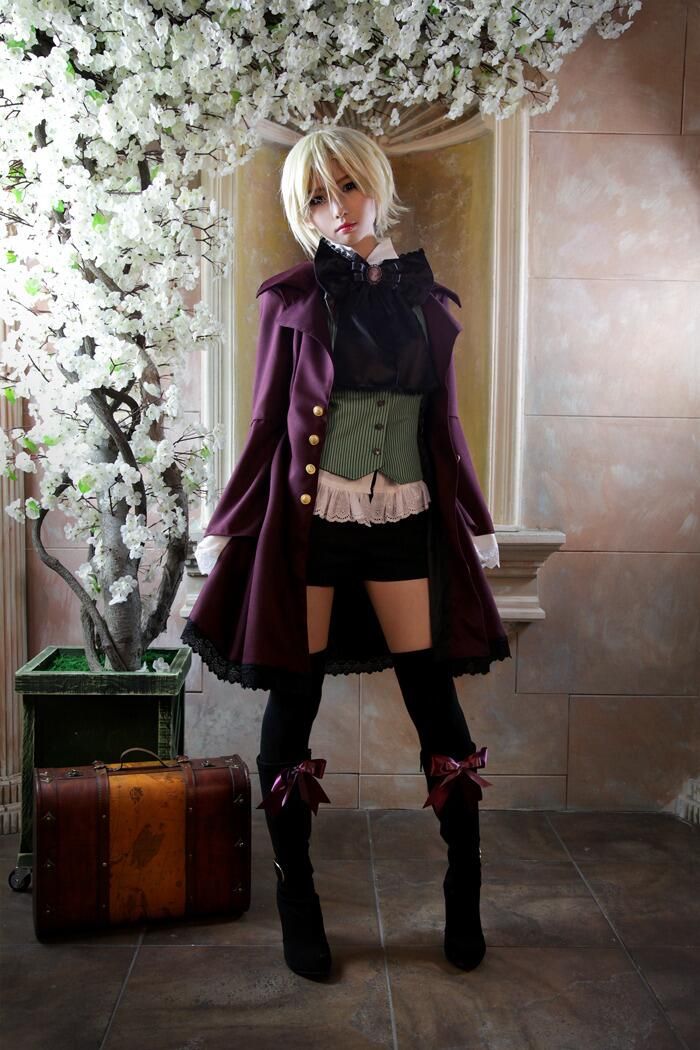 And let’s face it: the best part of cosplay is when a little kid sees you and gets excited to meet you/the superhero or whatever you’re being. There’s pretty much nothing better. 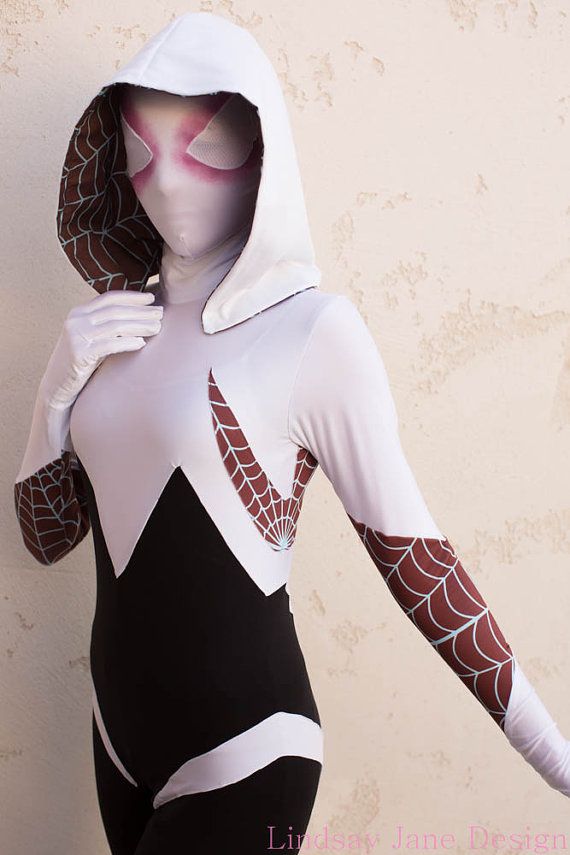 “Cosplay, for me, is like a badge of pride. Growing up, I was often told to be ashamed of my interests, that I needed to fear not acting enough “like a girl,” or that it was a phase I would eventually grow out of and learn to be ashamed of. Instead, I learned to embrace fandom as part of what makes me who I am, and cosplay is a large facet of that. It allows me to wear my interests on my sleeve, and be proud them. Sure, it can be a challenging, frustrating hobby, but for all the hard work, watching the costume and the character come alive is really reward in itself.” 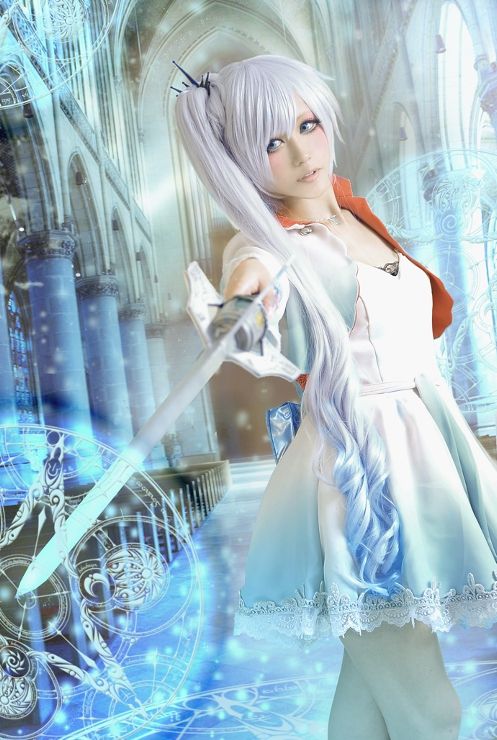 “There are lots of great reasons to cosplay, and while I have several I can point to, the real driving force for me has been self-confidence. I spent many years of my youth feeling awkward, ugly and unwanted by my peers. I hung out with my fellow nerds in school, and while I was accepted there, it wasn’t enough because I wasn’t happy with myself. Cosplay has helped turn that around. It’s helped me be more comfortable not only with my outward appearance, but more confident emotionally. It’s hard not to feel confident strutting around in Poison Ivy’s leaves or wearing your best pair of ass-kicking Black Canary boots.” 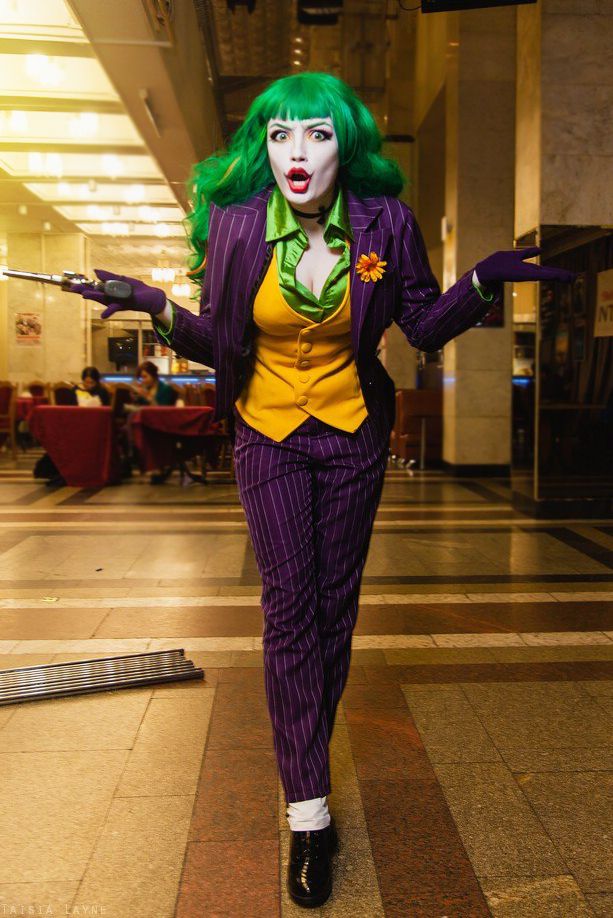 Cosplaying is my prefered method of being social. I got into it because my friends started doing it and it looked like a blast! Nowadays I can’t imaging going to a convention and NOT cosplaying, that’s just crazy.
I also am into it for the technical challenge of building costumes and props. Building props is now my professional career and making new and exciting costumes keeps me on the bleeding edge of costume fabrication technique. 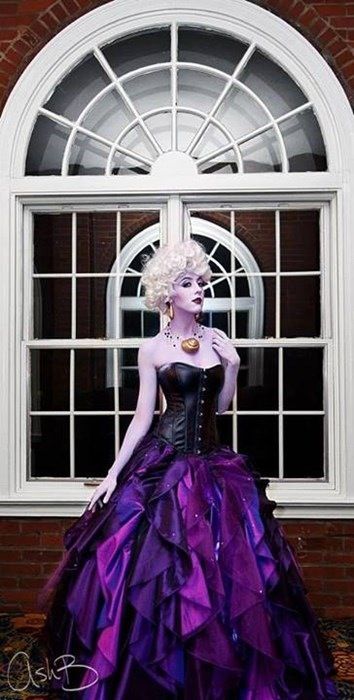 Lastly, I really enjoy taking up the visage of my favorite characters from video games. Who DOESN’T want to be Commander Sheppard and look like a total badass?
“Defining why I’m passionate is a lot harder than just “doing”. I’ve always enjoyed dressing up, and wanted to sew (I make most of my costumes except a few) and cosplay lets me do that. I get to bring My favorite characters to “Life” so to speak, and seeing others (especially kids) light up with joy, makes it worth all the trouble I put into everything. 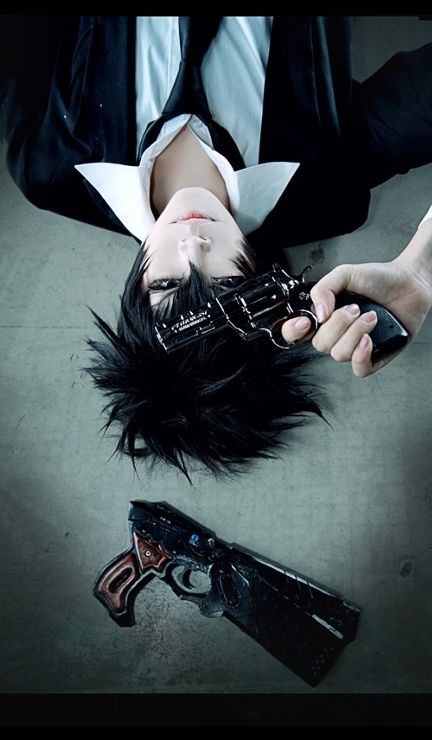 Cosplay helped me make more friends than I ever had in high school, junior high, and elementary school combined. In other words, I was bullied and a social outcast. It’s let me be the best me possible and learn skills that I can constantly grow upon and has helped me focus on what I want to do with my life far better than Any class or school has. So that’s why I’m passionate about it, it’s sort of a huge part of my life, and I honestly can not picture living a life without costumes because that’s just boring! I can be me, every day of the week, but for those three days during a convention? I can embody some of my favorite characters, and it’s so much fun.” 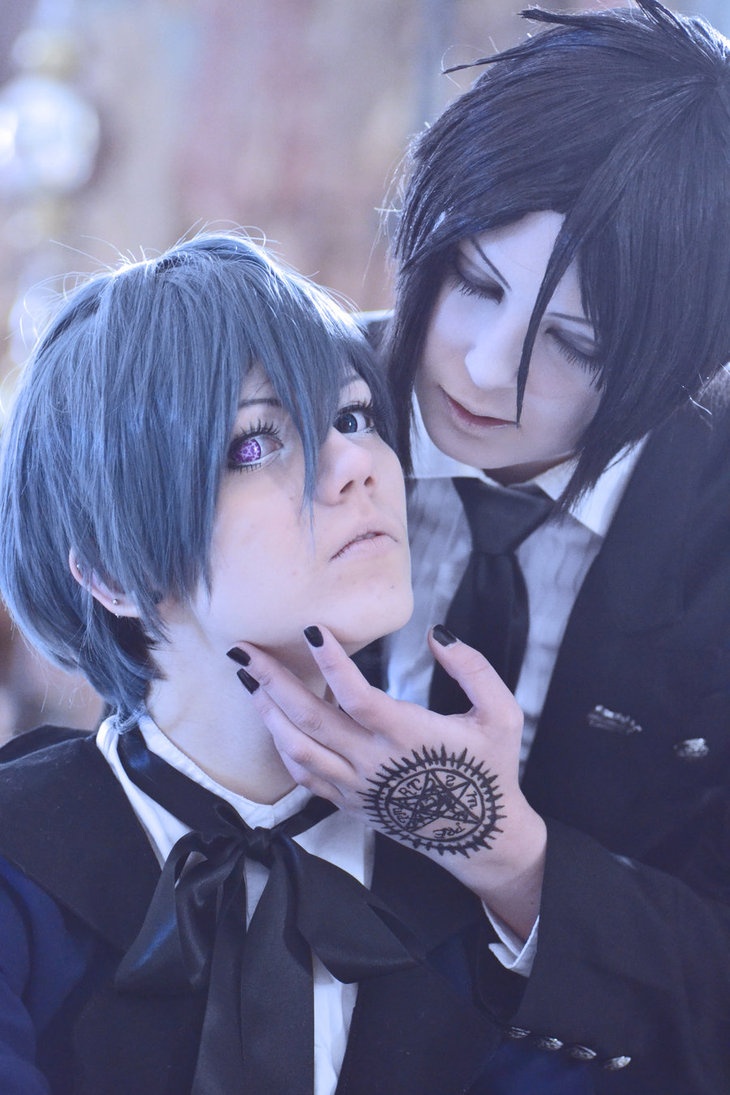 “My love of cosplay is equal parts process and product. I get a thrill out of the challenge of creating, of looking at something and thinking “how would I make that?” Sure there are frustrating parts, but even the late nights, the mistakes, the problem solving, the inevitable jerryrigging is part of what makes every project interesting. If I didn’t love the process of creating a cosplay I wouldn’t be able to put in the countless hours (and significant amount of money) that I do. 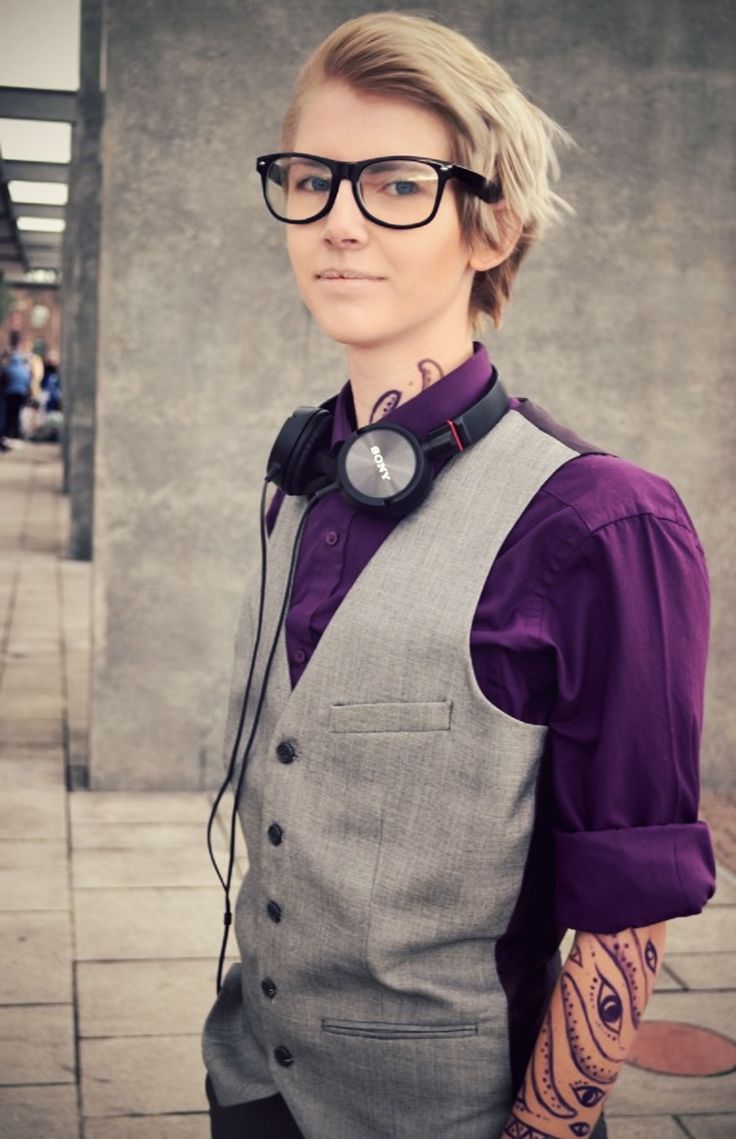 Walking around a convention in a cosplay is also very satisfying, not because of the attention, but because it is my way of wearing my nerd on my sleeve. When someone recognizes my costume it is a wonderful moment of geeking out with someone who shares the same passion as me – some people wear t-shirts to show what they love, I just happen to wear a costume. I am a nerd that cosplays and also a cosplay nerd.” 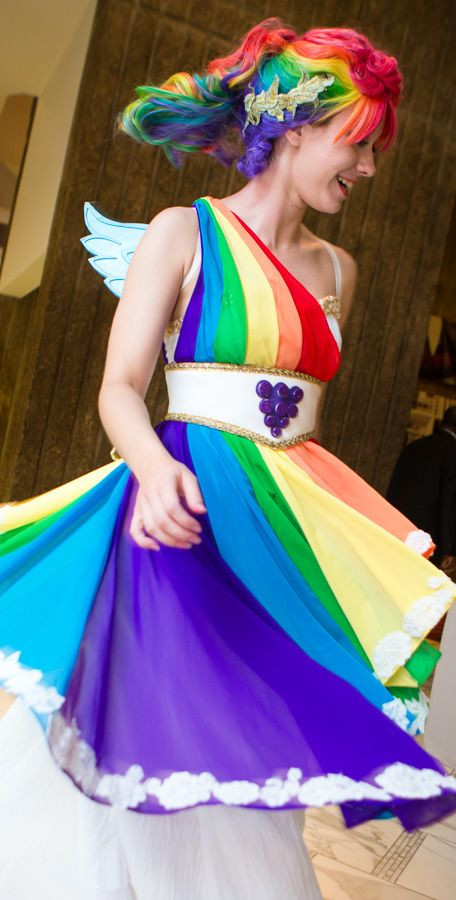 Why do I cosplay? While I think these responses pretty much summed up the feelings of cosplayers in general, the reason I cosplay is because there is nothing more exhilarating to me than to portray a character that I grew up loving. I led a lonely, isolated childhood, and comic book and other fictional characters were my best friends for many years. 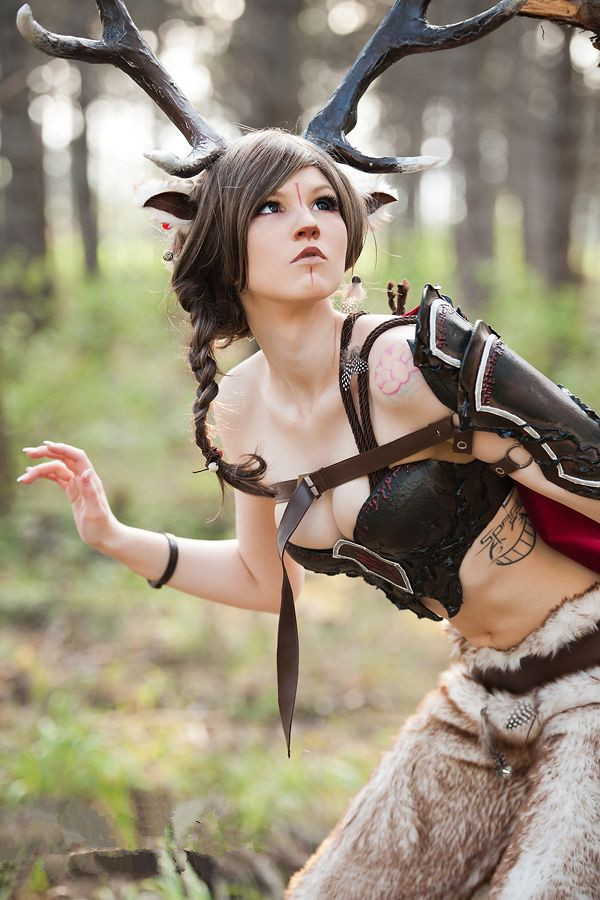 Super heroines taught me to be a strong, badass specimen of a woman, and so embodying these pillars of kick butt femininity is such a rush for me. There is nothing more rewarding than becoming that character for a day or a weekend – like dressing up like Wonder Woman and people calling me Diana. I cosplay because I love my fandoms – and I want them to be real. 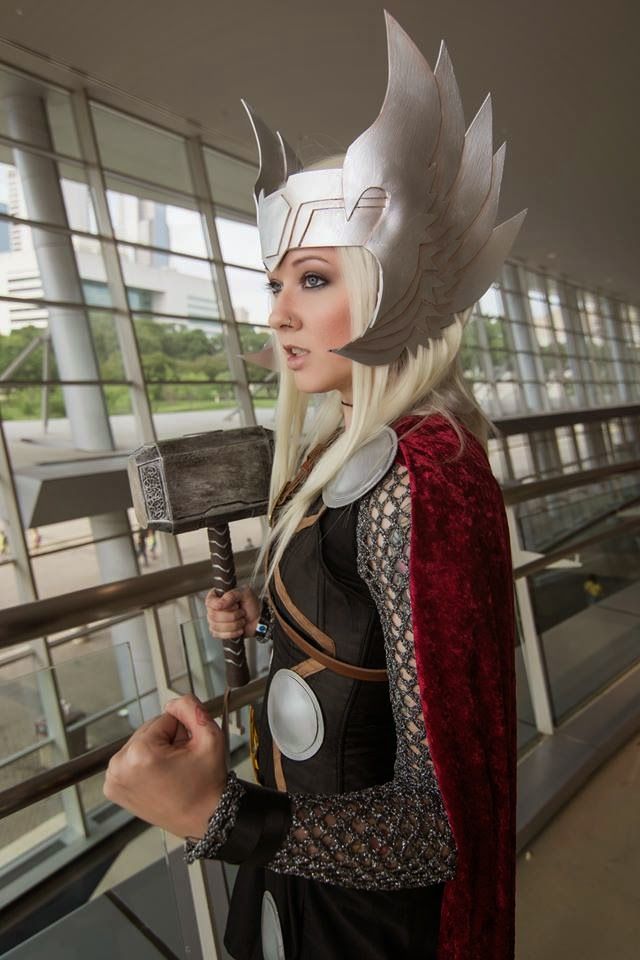 You may like:
Pretty Lolita Dresses
Be Relaxed When Wash Your Wigs
People Love Cosplay for Different Reasons
Cosplay Wigs Complete Your Amazing Cosplay Image