How well do you know Attack on Titan? How much do you like adventure novels with a slight science fiction bent? If the answer to the first is “not very” and the second “a lot,” then you’re in luck – Vertical’s translation of Attack on Titan: Before the Fall Novel 2: Kuklo Unbound is an exciting read that requires little prior knowledge of the AOT world.

While readers who are well-versed in Hajime Isayama’s increasingly large story will find plenty of tidbits that will enhance their enjoyment of the franchise – particularly those who read the first of Suzukaze’s novels – the book is strong enough to stand on its own as a work of adventure fiction, hearkening back to the pulp novels of the 1940s and 50s in its style and relatively bloodless action.

After the events of the previous novel, a baby is discovered alive in a Titan’s vomit, called “the Titan’s son,” the boy is raised in captivity as a monster until a girl sees past the rumors to the human within. She and the boy, named Kuklo, escape from their mutual captivity and start new lives. But Kuklo is haunted by his past nickname and the role the Titans have played in shaping his life. He seeks out the newly resurrected Survey Corps, setting in motion a new future for himself and the fight for humanity’s survival.

More details: http://www.wig-supplier.com/costumes/attackontitan.html
The story starts after the Titan attack of Before the Fall, with Carlo Piquer wandering through the ruins of Shiganshina District. He’s helping with rescue efforts when he comes across a pile of Titan vomit – mangled but undigested human remains. In what is by far the grossest scene in the book, he discovers the body of a pregnant woman, whose body has birthed her child postmortem.

Horrified rather than thrilled by this sign of life amidst the stench of death, Carlo unwittingly thinks of the baby as a “Titan’s son,” thus relegating the child to a life as a sideshow freak. At some point the boy is given the name Kuklo, and he endures first a horrible life in a freak show before being sold to a man who gives him to his son Xavi to use as a punching/stabbing bag.

Fortunately for Kuklo, Xavi’s sister Sharle realizes his humanity and, disliking her own life as an ornament to be married off for her father’s benefit, she helps him to escape. The two begin a life below the radar, and the story really picks up when they’re fifteen, with Kuklo finding the Survey Corps and actively seeking out a Titan so that he can better understand their role in his life, as well as his own humanity. 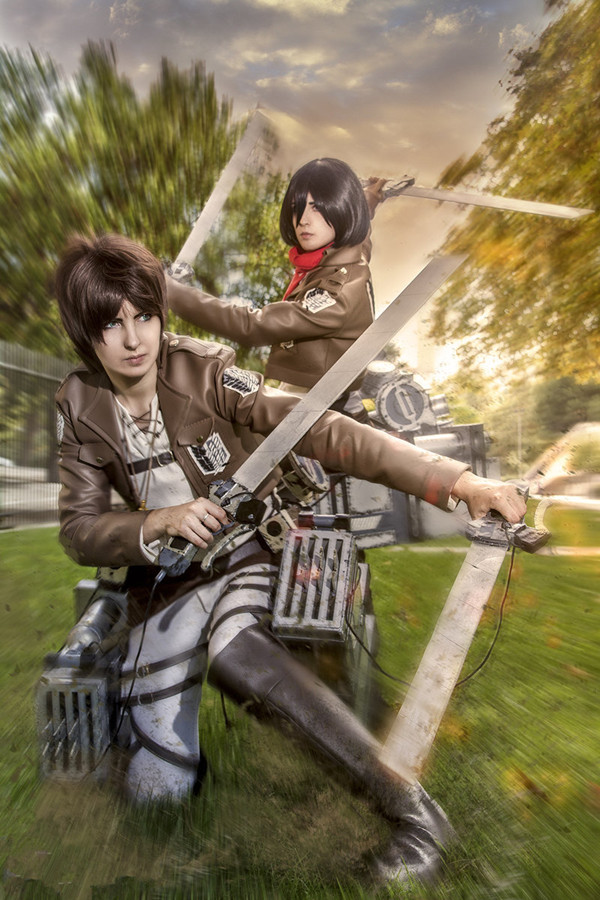